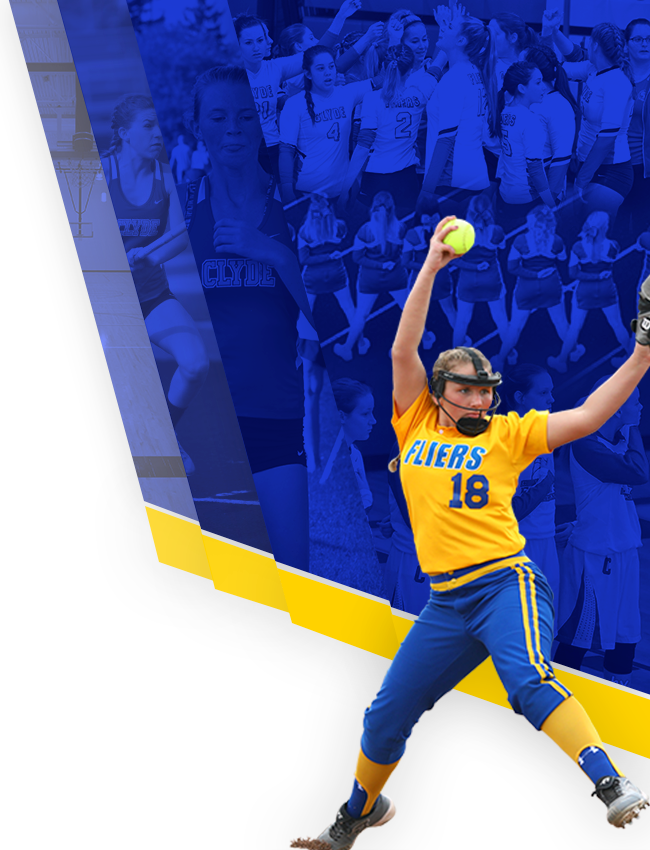 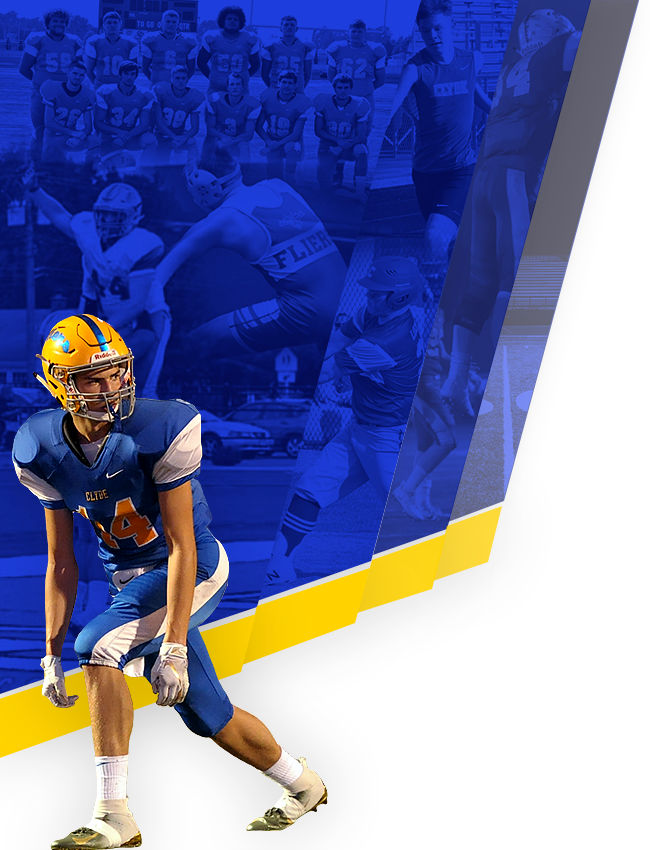 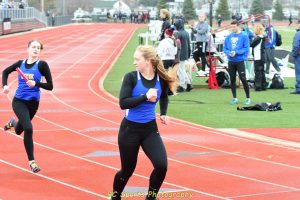 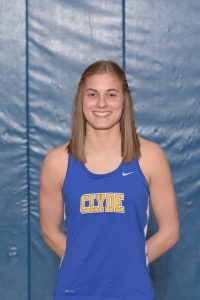 This afternoon, the fruits of a season long labor paid handsome dividends for Hayley Robinett and for her 4×400 meter relay team. Setting a school record, Hayley opened up her jets with about 135 meters to go to race past three fellow sprinters to win the 400 title in her season best and school record time of 58:26. Her fastest time prior was 59:17.
The 2018 graduate of CHS enjoyed plenty of family supporters and her coaches cheering her all the way. The personable athlete is living proof of the value of mental toughness, work ethic, inherent speed, and persistence. Hayley has had her sights set on making it to the state tournament. Today, it appeared nothing less than a 7.7 earthquake would shake her away from her goal. Nothing.
Hayley also finished seventh in the 800 with a season best 2:20, despite running no more than 15-20 minutes after her 400.
Fortunately, she gained some breather time between the closing relay and her 800. Both 3200 runs came between.
In the 4×400, gifted freshman Braylin Caudill shot out fast from her blocks to race into the top two by her handoff to the super strong sophomore Olivia Norman. Braylin’s .59 split was her season’s best. Olivia, on the second leg, kept up near the front with a 1:02 split, also a season best. With the speedy Marissa Stockmaster taking the baton from Olivia, things were looking up for the girls. Marissa sprinted a .59 to bring the Fliers to almost neck and neck with the closest competitor.
As she deftly handed the baton to the Senorita Smokin’, it appeared very likely the 4×400 team was in great shape. With just a step or two to pick up, Hayley dashed ahead of the eight team pack with about 300 meters to go. At that time, all those who know Hayley knew the workhorse would not let her team down. She also ran a .59 split to bring the Lady Flier four home in a blistering 4:02.38. Championship!
Yeah, baby! ‘We’re going to Columbus!’
Congratulations to all four on a terrific accomplishment. Many athletes never come close to winning any race. Very few ever win a Regional Championship, but today a freshman, two sophomores, and a fierce competitor made sure Columbus is their last destination for a wonderful campaign.